The Christian "Minority Report" from J. Michael Bennett, Ph.D, Emeritus Producer of the Future Quake Radio Show, and Author of Two Masters and Two Gospels, Vol. 1: The Teaching of Jesus Vs. the "Leaven of the Pharisees" in Talk Radio and Cable News

The New “Lost Cause”: What Might Await Us – Part 3: The Stakes of Conservative Christian Leaders and “Prophets” on the Mythology of Trump’s “Lost Cause”

In this Part 3 of this series, we explore the conservative Christian/Religious Right community that has built such a mythology around Donald Trump as the symbol of their “lost cause” of “conserving” the status quo of the classes, races and institutional parties that are allowed to have a seat at the table of America’s social and political influence and power (with their seat as society’s Pharisaic moral arbiters and “culture warriors”), their unique “prophecies” that have guaranteed his 2020 victory to inspire the masses and to profit from them, and their imperative to bring about that vision to fruition and thus instigate their flock, at whatever cost or danger, to retain their own credibility and influence. END_OF_DOCUMENT_TOKEN_TO_BE_REPLACED

The New “Lost Cause”: What Might Await Us – Part 2: The Ancient Religious “Holy War” Lost Causes, and the Role of the “Prophets” and the “Messiah” 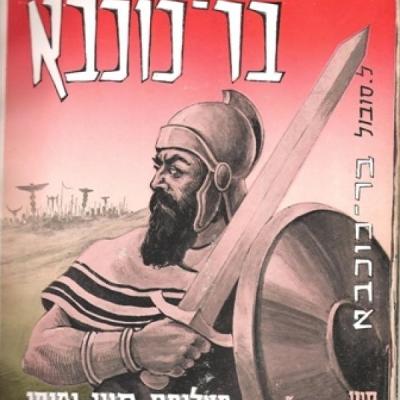 In Part 2 of this series, we briefly further explore some historical examples from our holy and ancient history texts, which reveal that when mythologized “lost causes” become religious-fueled “holy wars,” we see emerge the role of the “anointing priests” and “prophets” that foretell a spiritual, heavenly-empowered restoration and even revenge of prior “lost causes” that have particularly influenced devout monotheistic God-fearers and challenged their faith and self-respect, and the identification of a God-chosen “messiah” to “right the wrongs,” avenge prior defeats and humiliations, and restore a messianic “golden age” with God’s people in control. We will also see what lasting “fruit” is borne from such crusades, and their ramifications, to help us reflect on what to expect in the “Lost Causes” in our era and beyond.        END_OF_DOCUMENT_TOKEN_TO_BE_REPLACED

The New “Lost Cause”: What Might Await Us – Part 1: The Historical Legacy of Perceived Betrayal and Vigilante/Guerilla “Justice”

A new blog series on a new “lost cause” that has gripped America in 2021, beginning with the history of the “lost cause” concept and mindset in America’s historical memory and that of the Western world in general, and its impact on our world today. END_OF_DOCUMENT_TOKEN_TO_BE_REPLACED