The "Minority Report" from J. Michael Bennett, Ph.D, Emeritus Producer of the Future Quake Radio Show, and Author of the soon-to-be-released book series The Holy War Chronicles – A Spiritual View of the War on Terror

The Days of the Late, Great Will Grigg Have Arrived 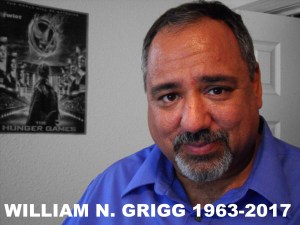 As I watch Americans of all races and types fill the streets daily for weeks now (with even a handful of evangelicals!) in support of their brothers and sisters, and for accountability of State force when it is excessive and sometimes deadly without cause, and how it (like mass shootings) are normally quickly swept under the rug over days by the political and legal establishment and media as a perpetual mockery of justice, I see many of my Christian brethren bristle and defend the excessive force or divert attention to some other concocted conspiracy theory behind all of this, yet others have been uniquely pricked of heart for the first time, and realize we all have a responsibility in these matters, and not limited to lip service.

For me, however, these days of destiny remind me of the one who made me first care about police or institutional brutality of the common man, and from a Christian perspective – a man I considered the most brilliant man writing anywhere on the Internet, and was blessed to be a friend and have as a frequent guest on my old Future Quake radio show – the indomitable Will Grigg, host of the iconic Pro Libertate blog.

I loved every minute of reading his writings, even when his extreme positions of liberty and individualism and anti-statism were a bit too far for me – they always gave me significant uncomfortableness and food for thought, and in any case doubled my vocabulary, with the wickedest sense of humor since H. L. Mencken, Ambrose Bierce or Mark Twain. I never loved being reprimanded more, and he finally softened my heart.

Will was of mixed Mexican and other race heritage, was orphaned and then raised by a Mormon family, and later became a more mainstream Christian. However, he always was a voice crying in the wilderness. He became famous, of all things, as the star writer for the John Birch Society for their New American magazine, and they had big plans for him. However, he bravely wrote an article that encouraged a little bit of understanding of immigrants, which caused his prompt firing as being antithetical to the Society and their benefactors. Sadly, he then lost his health coverage simultaneously as his wife suffered a malady so severe that it forced him to stay at home to care for her and take care of the large number of children, and this brilliant man lived hand-to-mouth the rest of his days, as some of us tried to help where we could. To add to his burden, this strong-as-an-ox weightlifter and MMA-trained thespian fell victim to a simple infection and died at an early age, leaving a sick wife and many small children. As most pioneers in human rights or spiritual progress, his life was a lonely walk.

He wrote something that I brought up on my show that stuck with me more than anything that ever stuck with me. He said that if you are driving down the road, and you see a man in uniform beating a man on the ground on the side of the road, and your first instinct is, “Good thing that officer has that man under control,” then you are a statist; if your first instinct is, “What cause does that man have to be beating his fellow man?”, then you are an individualist.

I learned something with every post he did on the themes of the little guy being the victim of the State, which are all preserved on his Pro Libertate blog I recommend everyone read through, or his radio interviews with me preserved on my old Future Quake website; he showed me what being a real Christian and humanitarian was really about, and you could do it with pinache. I understand one of his many followers recently released a book of his unedited writings called, No Quarter: The Ravings of William Norman Grigg, which is available here on Amazon.

I would have loved for him to have seen this day, and white, brown and black common people marching together, and demanding that the State begin a purge of the “tough guys” in their ranks, and that a threat to one is a threat to all.

P.S. My book, Two Masters and Two Gospels, Volume 1 – The Teaching of Jesus Vs. the “Leaven of the Pharisees in Talk Radio and Cable News, is available in Kindle and paperback on Amazon and Barnes and Noble, with the latter also having a hard cover version and Nook ebook, and ebook versions also available at Kobo/Walmart and I-Books, and elsewhere. If you are an EBook reader and you buy the ebook at my BookBaby store site, linked here, you get Kindle MOBI and well as EPUB and pdf versions for one price, and if you leave your email address there at checkout to forward to me, I’ll find and send a pdf of some other writing I’ve done just to send to those brave souls. Thanks!

10 Comments to “The Days of the Late, Great Will Grigg Have Arrived”